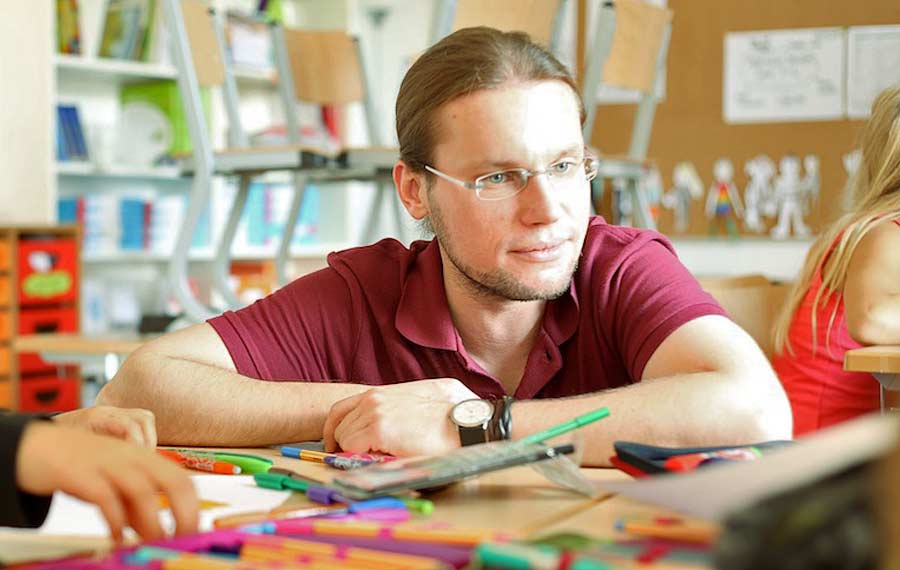 As a member of the school leadership team, Robin Zeh is responsible for the students and the teacher team in Years 8 to 10.

He was born in Berlin and worked in the nursing service of a Berlin hospital after school. Later he studied history and ethics at the University of Mainz and graduated from the University of Leipzig. There Mr. Zeh worked as a subject teacher at a grammar school in Leipzig until he returned to Berlin in 2015.