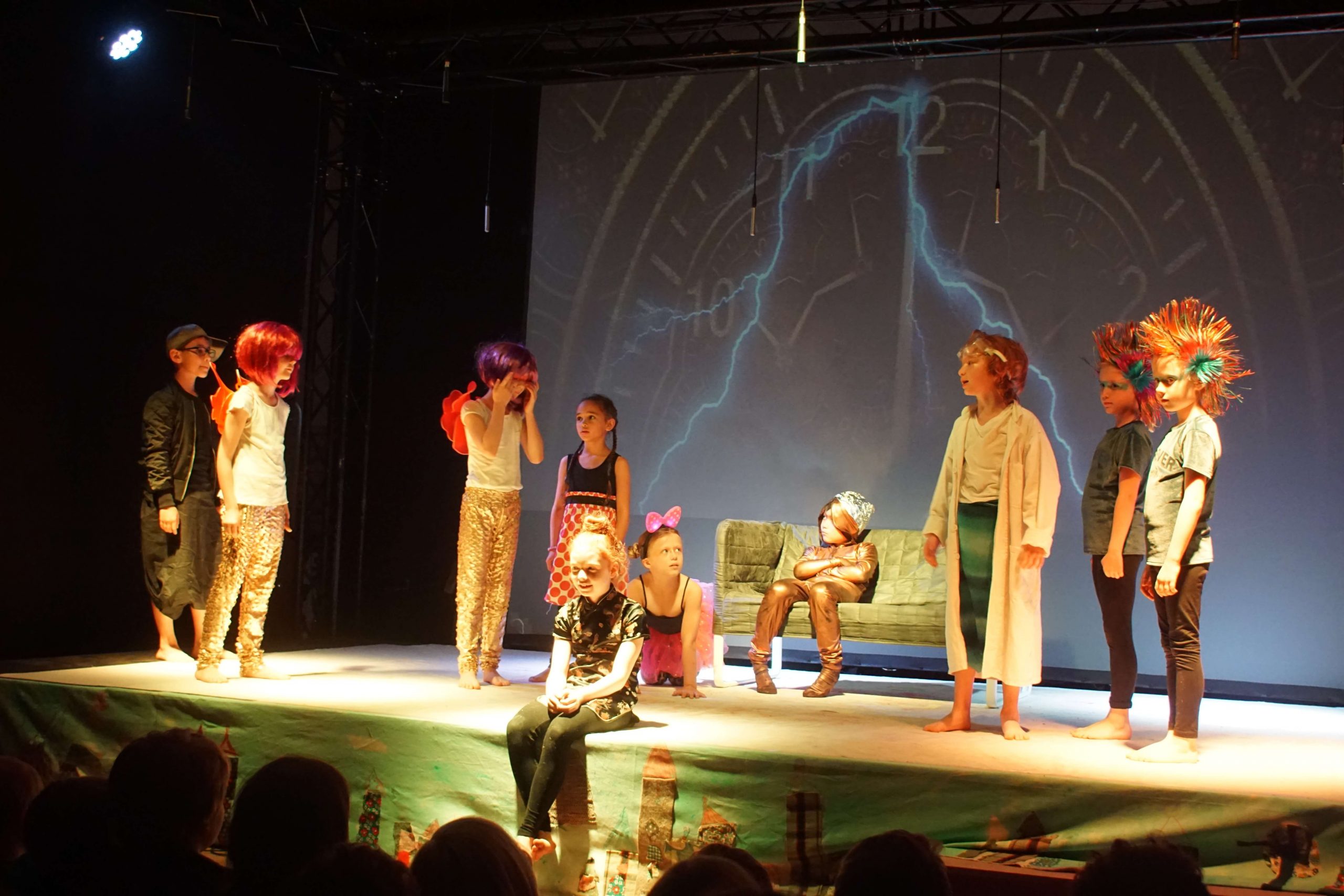 The entertaining, clever and subtle theatre performance of the “Three Pieces of Summer” was premiered in our school on Saturday evening. It was simply overwhelming and the adults were as thrilled and amazed by the production as the children. In the first piece “Learning to Live”, the children reminded all the grown-ups as to why they are in such urgent need of love.  The second piece “Fairytale – Reality” or “The Secret of the Defined Patterns of the Matrixes in the First Three Dimensions of Human Being” or “I just want my parents”, is about a girl called Sally and her parents, who are always stressed and often do not have time for her. This is until they all undergo an immense and dangerous adventure in another dimension together. Here it was about nothing less than life and death.  The third play “Bad End” was then performed after a few interval refreshments, which were kindly provided by our parent-run support association in the cafeteria. “Bad End” is a piece that was written originally by Philip Ardagh. Even though it has many examples of British humour in it, Harry Rowohlt has brilliantly translated it into German. This whimsical and crazy story, which was set in Victorian England in the 19th century, was presented  on the stage at our school by passionate actors and actresses, even though this play uses complex language and bizarre, distorted humour. The story was adapted for the stage with crazy, twisted humour and performed in a complex way by passionately good actor and actresses. It is simply indescribable, how our director of Platanus Theatre Company, Suse Klemm, always succeeds in making us think, as well as bringing us to laughter and tears. The “Three Pieces of Summer” performance was able to stir everyone to tears with the lavish costumes, creative masks, imaginative stage design and above all our talented actors and actresses.  Whoever missed this, has missed out. We sincerely thank all the people who participated or who were involved in any way, and, of course, once again our parent-run support association “Platanus & Friends”, whom without, projects of this kind would not be possible. 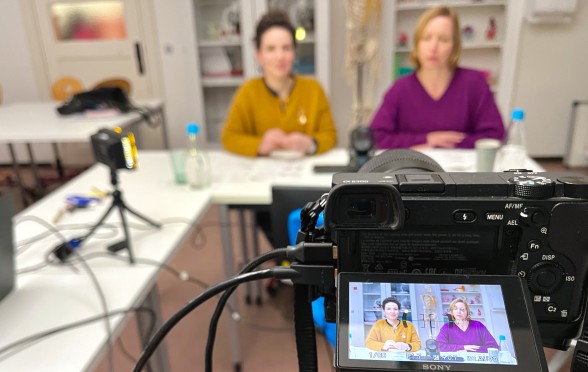 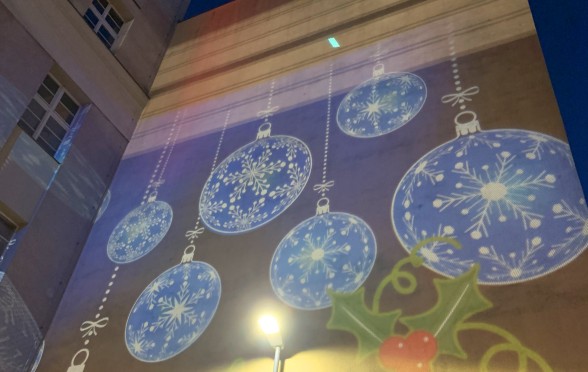 Dear Parents, How wonderful it was to finally celebrate such an enjoyable Christmas … END_OF_DOCUMENT_TOKEN_TO_BE_REPLACED 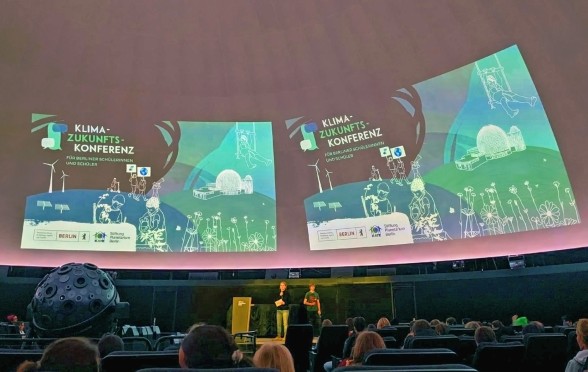 This event of the Berlin Senate Department for Education, Youth and Family in cooperation … END_OF_DOCUMENT_TOKEN_TO_BE_REPLACED 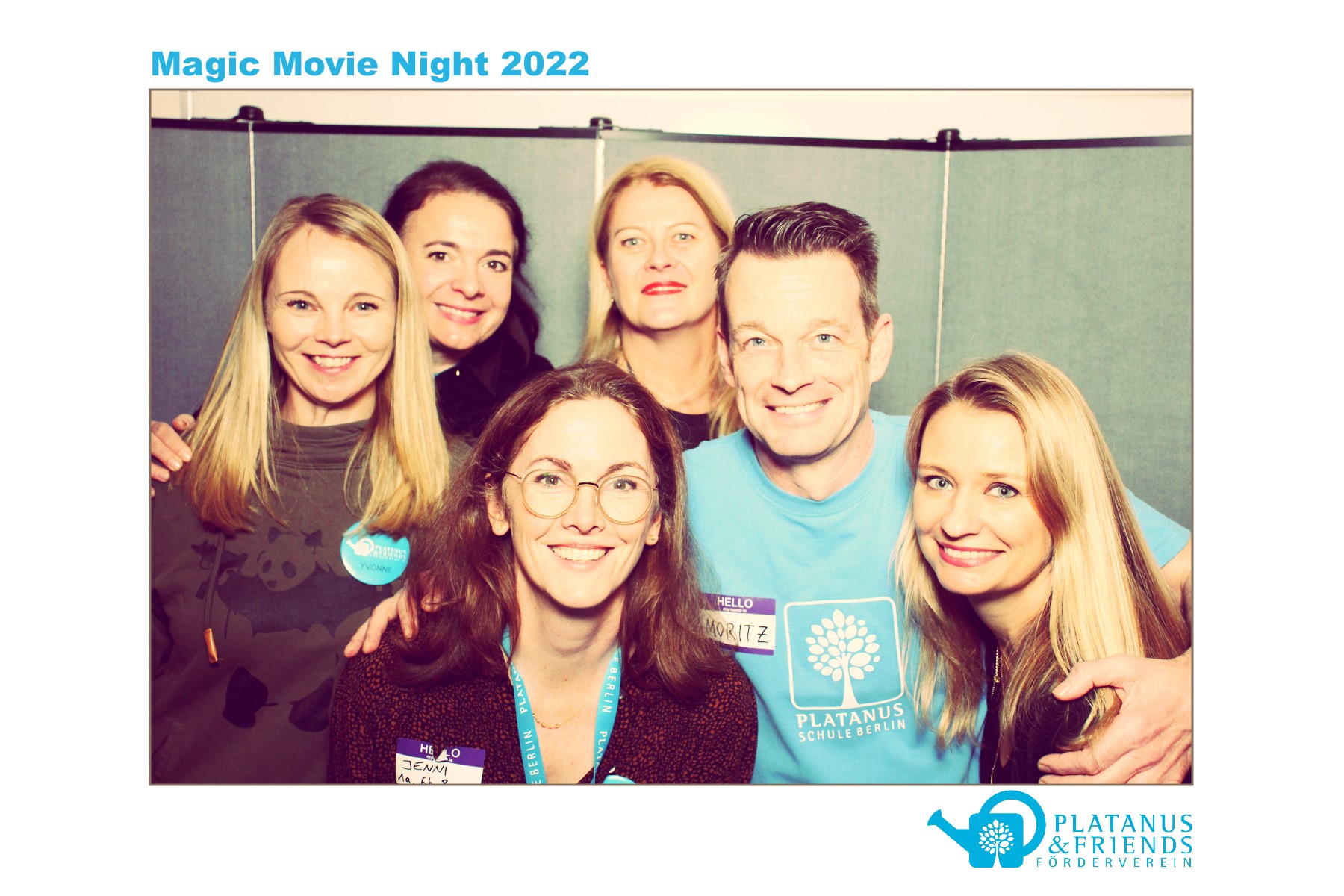 Our support association Platanus & Friends invited us. After a 3-year break due to Corona, our favourite party finally took place again, … END_OF_DOCUMENT_TOKEN_TO_BE_REPLACED 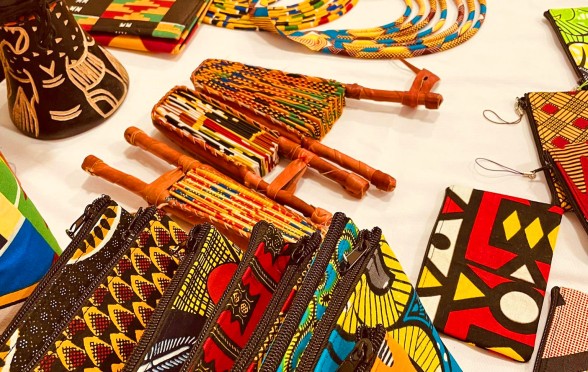 Dr. Okine and the students of his Oware & Afro Club organised the first … END_OF_DOCUMENT_TOKEN_TO_BE_REPLACED 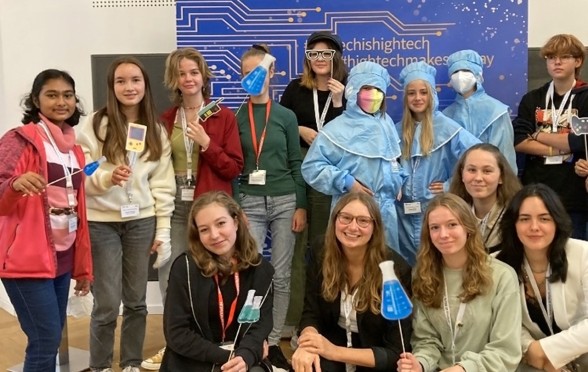